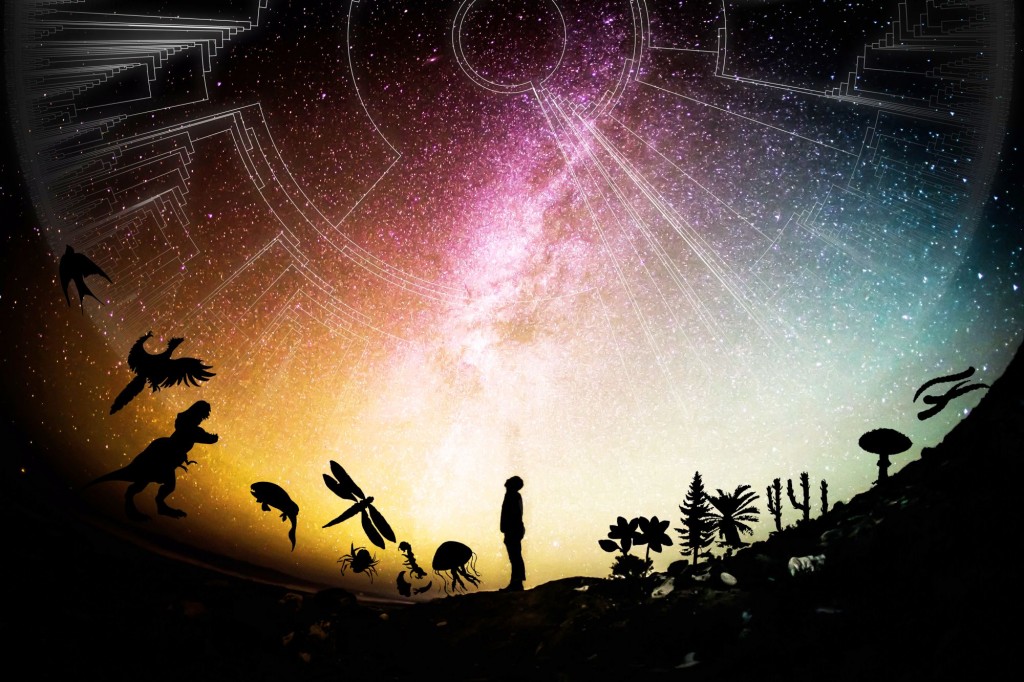 Professor Anusuya Chinsamy-Turan was one of the first academics who came to mind when CILT were identifying possible courses for the UCT MOOCs project. She is an internationally renowned A-rated researcher whose research interests include dinosaurs and she is passionate about communicating science. These add-up to a winning combination for a MOOC educator. Now that she has created her course – Extinctions: Past and Present – this prediction has proven sound. Participants are effusive and glowing in praise for Anusuya’s course. As this reviewer posted:

Life on Earth in five weeks. From green algae to humans. Absolutely brilliant course. The rise and fall of the dinosaurs. Mass extinctions, Asteroid strike. Great tutor communicates subject clearly and understandable. Great material. Did not want this course to end. (on Class-Central)

I really enjoyed this course 😀 It furthered my understanding of extinctions that I study at uni, and they provide plenty of useful resources! The part I loved the most with this course was listening to professionals talk about their field of study and how it assists with the understanding of these past extinctions and help with predicting the upcoming sixth extinction. (on Facebook)

Many shared these sentiments – wanting the course and the lively discussions to continue. An Extinctions Facebook page has been created to maintain a community beyond the five weeks of learning engagement.

The five week course takes participants on a journey to explore how life on earth has been shaped by five mass extinction events in the distant past, and how biodiversity is facing a crisis, with the prospect of a sixth extinction event today. Anusuya introduces each week and interviews guest scientists about how their research informs us about the biodiversity of our planet including the very first life forms; fish and tetrapod diversification; the radiation of reptiles and dinosaurs; and the rise of mammals. The course covers the five previous mass extinction events in the distant past and then looks at the current threats of a sixth extinction.

It is hard to believe this today, but Professor Anusuya Chinsamy-Turan became a scientist quite unintentionally. You can read about how Anusuya’s career shifted from her vision of becoming a high school biology teacher to the world-famous dinosaur researcher she is today.

Over 3,300 participants from 120 countries around the world signed up for the first run of the Extinctions: Past and Present course on 20 March 2017. The top countries were the UK and South Africa, followed by the USA, Australia, India, Mexico, Canada and Brazil (see map below). Nearly half of those completing the pre-course survey were over 55 years with the rest of the cohort being equally spread across the younger age groups (including some under 18s!).

There were 2,000 who started the course, which is typical of MOOCs, where about half of those who signed up become active learners. The participants ranged from highly qualified people learning alongside postgraduate students, teachers, grandparents, and school learners. Many enrolled for general interest and enjoyment, with a high proportion sharing a concern for understanding humans impact on life on earth. There were intense discussions breaking out just about every week, a feature of the FutureLearn courses. Participants discussed all kinds of related issues from the oldest evidence of life; where humans originated; whether the first dinosaurs were bipedal; whether viruses are alive; whether a mass extinction can be called an ‘event’; what caused the different extinctions; how limbs and eyes evolved; is the Anthropocene a real phenomenon; whether humans will survive the next extinction and many others. Participants contributed many additional links and readings to supplement the discussions, and Anusuya offered guidance to other research where the debates extended into new areas. While specifically designed as a public outreach and popular science course, the feedback on the course was positive from participants with many different backgrounds.

Compared to other courses we saw very high engagement. Just over 40% of the 2,000 who started the course, eventually completed most of the course. The final week, which considered the possibility of a human induced sixth extinction, provoked tremendous discussion, exceeding the level of discussion in all but the first week.

Many enthusiastic participants left 5-star ratings on the MOOC review site, Class-Central,  on the Extinctions FaceBook site and on Twitter :

The making of this MOOC was quite eventful – requiring the team to hike part way up Table Mountain in the rain with camera equipment to film an interview with a plant ecologist; changing filming venues during a campus shutdown as well as the challenge of visually representing deep time in diagrams and graphics. This course was an enormous team effort – Anusuya and her PhD student, German Montoya, spent hours preparing and editing the material. Anusuya herself not only recorded many lectures, but also interviewed 15 scientists about their work to showcase current research on aspects covered during the course. These interviews were very popular with participants [for example, John Pearce said on his Class Central Review: Especially stimulating were the video interviews with a wide range of specialist scientists actively engaged with state of the art work in their fields].

From 8-10 March, Cape Town played host to Open Education Global (#OEGlobal2017), an international conference organised by the Open Education Consortium. Over the 3-day jam-packed initiative, more than 200 delegates from 47 countries engaged in the conference as a place to “discuss, plan, reflect, collaborate, innovate and celebrate openness in education”.

A similar sentiment was expressed by second keynote speaker, Professor Narend Barijnath, CEO of the Council on Higher Education in South Africa who presented the idea that knowledge is a ‘human right” and “public good” and shouldn’t be available to only those who can afford it. While ubiquitous access to education may be the ultimate goal of OE, it faces many challenges, especially in developing countries, where data costs are high and access to technology is limited. Another concern is the quality of the OER produced.

Despite these challenges, many universities have committed themselves to producing content that can be shared freely. As Professor Barijnath said in his speech “OER are here to stay!”. One of the ways this is being accomplished is through Massive Open Online Courses (MOOCs). As part of the MOOC implementation team at the UCT’s, Centre for Innovation in Learning and Teaching, I chose to attend a number of presentations around MOOCs, to understand how MOOCs are being utilised in other contexts.

Besides being a conference participant, I presented on my master’s research. In my presentation entitled, “‘I don’t always wrap MOOCs but when I do…’ – Improving postgraduate students experiences of MOOCS as OERs through facilitation and face-to-face contact” I shared insights into using MOOCs in a blended environment in a postgraduate student setting at UCT. According to my research, even with the use of voluntary local face-to-face facilitator and peer groups, students still struggle with the independent learning that MOOCs often require. The study foregrounded the importance and benefits of face-to-face contact, particularly around the social space, where students are able to have “real” and immediate discussions.

A particularly interesting presentation I attended was by William Van Valkenburg from the Delft University of Technology (TU Delft) in the Netherlands who presented on “Everything you want to know about MOOCs”. TU Delft now has a portfolio of over 60 MOOCs on the edX platform with top MOOCs in the areas of Data Analysis, Creative Problem Solving, Astrophysics and English Grammar and Style. It is also currently experimenting with other universities on how MOOCs can be used for credits in a traditional university setting.

I attended a collaborative session titled “Third Mission of Universities, MOOCs and OERs” which included research from Paola Corti, Cable Green, Joseph Pickett, Rory Mc Greal and Jane-Frances Agbu. Paola Curti presented on the research of Jane-Francis Agbu (who was unable to attend), that foregrounded the issue of the shortage of space in Nigerian universities for high school graduates. While 1.4 million youth qualify for university entrance, there are only 400 000 spaces available. To fill the gap for students who were not able to get a place at the university, a year long MOOC, “The History and Philosophy of Science” was run in collaboration with the Indian Institute of Technology Kanpur. The findings of this study were unexpected; it found that the MOOC missed its intended target audience, as of the 401 participants, 56% were well-educated – having completed a postgraduate degree! This resonates with much of global MOOC research, where MOOC participants are commonly found to be degree-holders.

Another MOOC-related presentation was an Action Lab by colleagues in CILT around the idea of Making Use of MOOCs. Drawing on examples of how MOOCs, both at the level of individual materials and used as a whole or part of a course, are being deployed for a variety of educational purposes, this workshop explored the development of a framework for MOOC re-use.

In addition to MOOCs there were also presentations on other prominent projects incorporating OERs. One such project is the Research on Open Educational Resources for Development project (ROER4D) which presented its work and research on the adoption and impact of OER and associated practices in the Global South (see blog post).

The examples described above are a just a few of the research projects and initiatives taking place in OE around the world which were showcased at the conference.  While OEGlobal2017 demonstrated that open education continues to be on the rise, it also highlighted that there are still a number of challenges it faces along the way.

Education for all: disability, diversity and inclusion led by Judith McKenzie and Chioma Ohajunwa

What is a Mind? led by Professor Mark Solms.