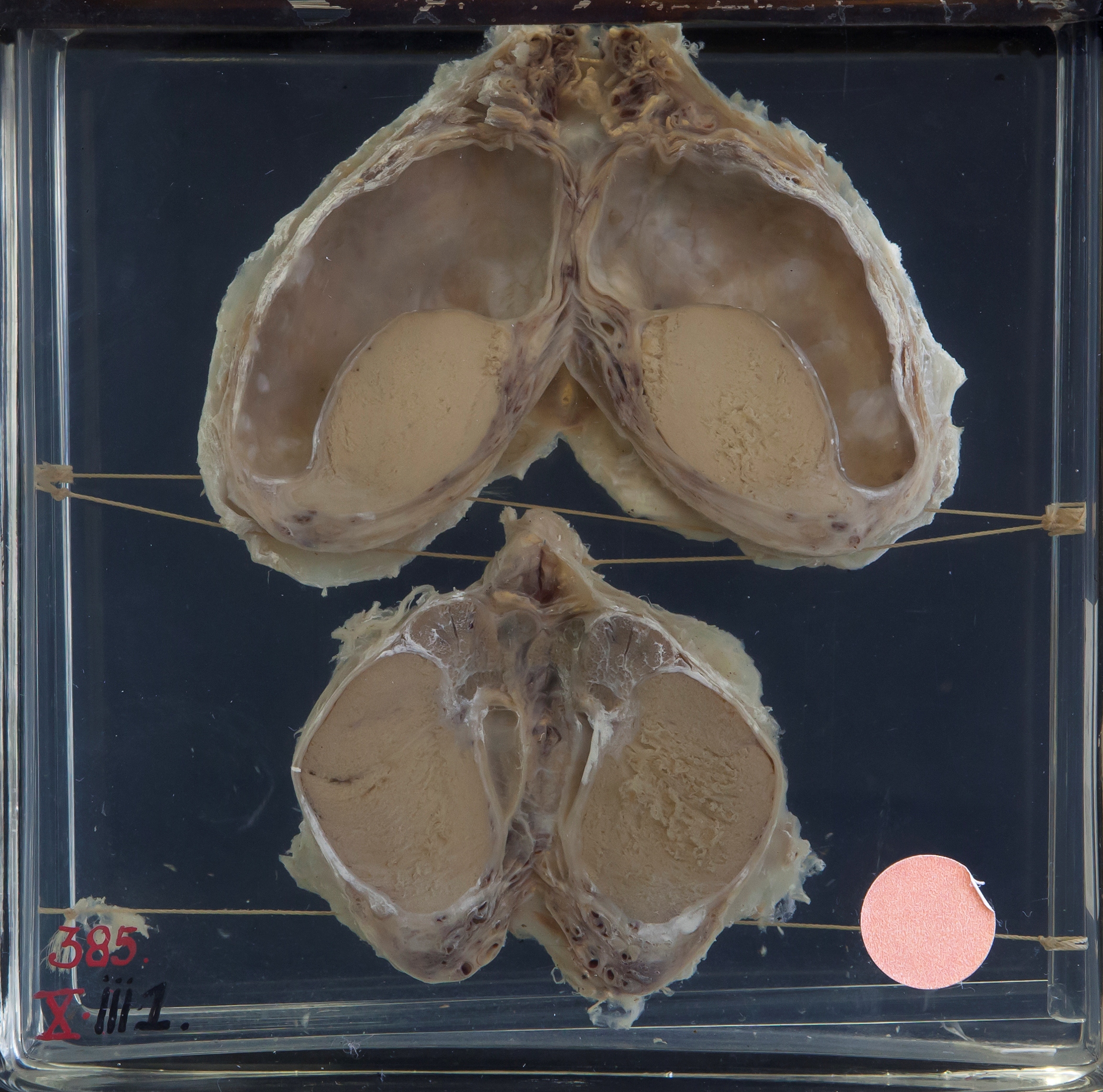 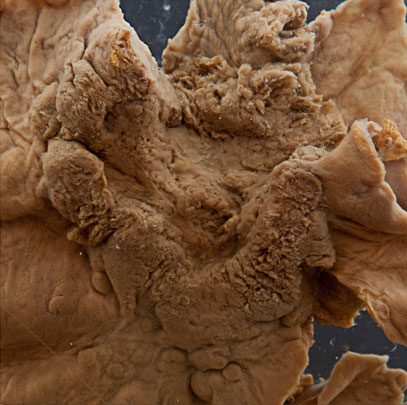 Along with our collection of teaching specimens, we have kept the historic post mortem books of the UCT Pathology Department – it’s amazing what medical and social history is reflected in those old reports. The first PM book opens in November 1919 and just five autopsies were recorded for that year. The youngest subject was a 10 month old boy who died of bronchopneumonia, the oldest an 81 year old man who died of infection complicating gall stones. The three other victims succumbed to bacillary dysentery, amoebic dysentery and cirrhosis of the liver.

When reading through the notes, I wondered why laboratory investigation for these cases was limited to identifying micro-organisms (such as “dystenteric organisms of the shiga type”), with no microscopic examination of the tissues i.e. histopathology. The autopsies are signed off by AS Strachan, and it turns out Dr Strachan was a bacteriologist. He must have been put in the position of conducting autopsies because the first appointed Professor of Pathology at the new medical school had sadly died, just after arriving in Cape Town in October 19181. Dr WB Martin was lost to the 1918 ‘flu, along with 400 other souls per day in Cape Town while the epidemic raged in October/ November of 19182.

The Pathology department had opened in 1918, along with the departments of Bacteriology and Pharmacology, to provide the third year courses for the degree in medicine (modelled on British medical schools)1. After Dr Martin’s death there was a long delay in finding another professor for Pathology, apparently due to a scarcity of pathologists3.  Dr Strachan soldiered on as acting prosector, writing up five more medical autopsies in 1920. He also briefly noted some cases of unnatural death that passed though the morgue – two drownings on the same day, and one case of Lysol poisoning. Lysol is a disinfectant solution; according to Wikipedia it was advertised as an effective countermeasure to the influenza virus during the 1918 ‘flu pandemic. Unfortunately it was also a well known means of suicide (The Melbourne Argus 10 Jan 1912).

For our opening post I’ve homed in on some specimens that are interesting because of their place in medical history, specifically the history of xenotransplantation.

“In 1973, Barnard performed a heart transplant and the donor heart failed to function satisfactorily, so the patient died in the operating theatre. When Barnard came out to break the sad news, he was asked why he could not put the old heart back, as at least it had kept the patient alive. This struck Barnard as a distinct possibility. If the patient’s own heart had been left in place, and the transplant was inserted as an auxiliary pump, failure of the donor heart may not have caused the patient’s demise. Furthermore, during severe rejection episodes, which were common in those early days and a major cause of the poor results at the time, the native (i.e. patient’s own) heart might be able to maintain the circulation while rejection was reversed by increased therapy.”1

One thing led to another:

“On two occasions in 1977, when a patient’s left ventricle failed acutely after routine open-heart surgery and when no human donor organ was available, Barnard transplanted an animal heart heterotopically. On the first occasion, a baboon heart was transplanted, but this failed to support the circulation sufficiently, the patient dying some six hours after transplantation. In the second patient, a chimpanzee heart successfully maintained life until irreversible rejection occurred four days later, the recipient’s native heart having failed to recover during this period. Further attempts at xenotransplantation were abandoned and even now, more than 30 years later, xenotransplantation remains an elusive holy grail despite decades of research.”1

These are those two ragged-looking but seminal xenotransplants, preserved in the UCT pathology teaching collection:

Barnard’s own report of these two cases makes fascinating reading2.

In a similar vein, and from a similar time, this liver specimen dated 1968 is from a patient who suffered severe (sub)acute liver failure and went into coma. The catalogue description reads: “The liver is seen to be markedly reduced in size (885g), with the bulk of the surviving regenerated liver present as a large mass in the right lobe with occasional smaller nodules present elsewhere; the left lobe is shrunken, and slightly congested.”

But what is notable about this case is that a baboon liver perfusion had been performed, though unfortunately without response. The objective would have been to try to tide the patient over the acute liver failure, giving their own liver a chance to regenerate enough to resume functioning – analogous to the use of transient renal dialysis in acute kidney failure.

Between 1964 and 1970, one hundred and thirteen patients who had received extracorporeal liver perfusion or ECLP were reported (this case not among them). By 2000 the number reported was 270. Pig livers were most often used, but on review, baboon or human livers gave better long term survival (≈40% vs. ≈20%). But during this period the overall survival of acute liver failure patients receiving ECLP was no better than that of patients receiving conventional intensive care (≈25% for both)3. Today, artificial and bioartificial liver support can be part of the intensive care for acute liver failure, often as a bridge to liver transplantation, the optimal treatment.  ELCP using whole human livers (not suitable for transplant) or transgenic pig livers is still an option for temporary liver support in this context, despite the technical challenges and concerns about the risk of transmission of infectious agents4.

The availability of non-human primates for medical research is now far more limited than it was in the second half of the 20th century from when these cases date, but aside from non-human primates, other animals appear to remain “fair game” in the modern field of xenotransplantation.