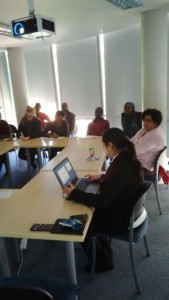 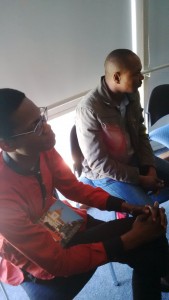 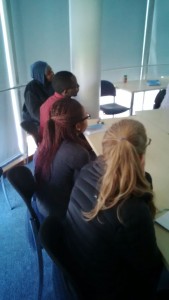 The Cancer Research Initiative hosted a seminar for the members of the PhD mentorship group to provide an overview of cancer policies, key organisations and role players in cancer research.

Dr Henry Adeola began his presentation by discussing the urgent need for cancer control policies in Africa. The burden of cancer on the continent is set to exponentially increasing due to industrialisation and the ageing population and cancer control needs to be prioritised according to the World Health Organisation (WHO). In South Africa, only two policies including the HPV vaccination in school girls and the Tobacco Products Control Act in 1993 have been approved and implemented by the government. A draft National Cancer control and prevention document has been developed and is currently undergoing revisions. However, the anticipated date of the final policy is yet to be released. It is clear that the first steps towards a comprehensive cancer control policy have been put into place but more needs to be done to hasten the implementation of an integrated and practical cancer control policy.

Vedantha Singh provided an outline of the key role players in cancer research and how students can make use of the available resources to supplement their own research. International organisations such as the WHO’s International Agency for Cancer Research (IARC) and their cancer surveillance data website, GLOBOCAN provide important epidemiological and population based statistics on the global burden of cancer. Role players in cancer research within Africa including the African Organisation for Research and Training in Cancer (AORTIC) and the African Cancer Registry Network (AFCRN). South African role players in cancer research including the policy makers (Department of Health), advocacy groups/NGOs, academic/research institutions and cancer registries were then described. The key message was that each of the role players needs to be engaged in integrative, collaborative efforts to control, prevent and overcome cancer.

Colleen Marco (CANSA) concluded the seminar by emphasising that cancer control and prevention efforts need to be practical and implementable in the South African setting. The major problem is lack of urgency to act and limited political will. The topic of cancer is still taboo in our communities and this needs to be addressed (perhaps through research) in order to ensure that cancer prevention is taken seriously.

Students in attendance engaged in a discussion surrounding the importance of policies to be developed using evidence based research. The need to engage all stakeholders throughout the research process was also discussed. The general consensus of the group was to drive political will and change through research that is derived from integrated and translatable research questions.

Please share your opinion on how we can drive cancer control in South Africa?

Photographs by Dr Henry A Adeola